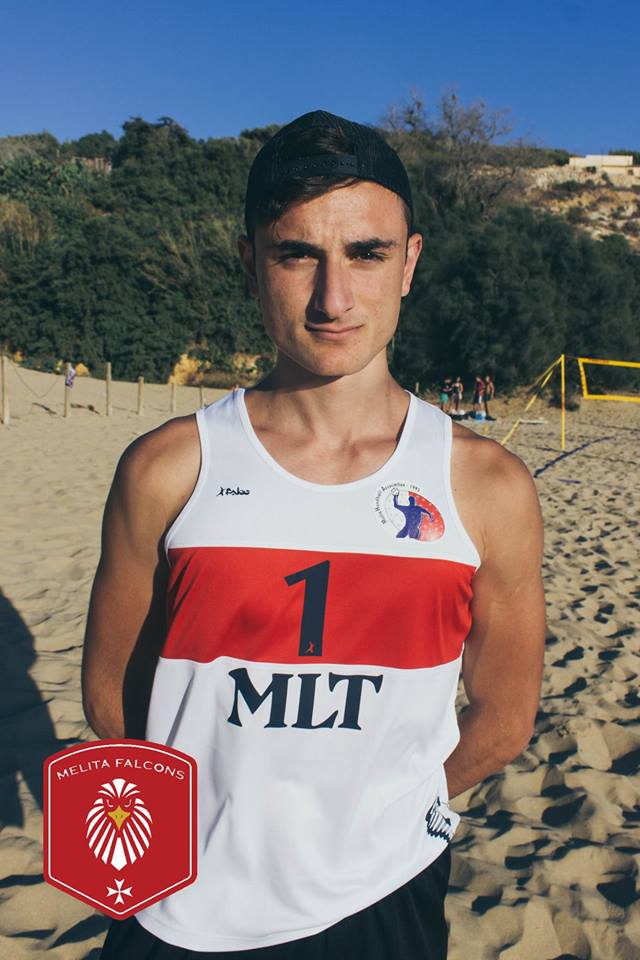 Jean-Paul Caruana’s life literally revolves around FinTech and international sports. The 23-year-old is a Software Developer at Spectre IT, a PFS Company, in Malta by day and trains with the Malta National Handball and National Beach Handball teams until late. He is celebrating his first year with the company.

The young man, with sports in his DNA, trains 7 days a week. His father, Peter-Paul, represented Malta on the National Football team, his mother, Julie-Anne, played basketball and his younger brother, Matthias, is also on Malta’s National Handball team. Jean-Paul was a young child when he started playing football, basketball and competing in athletics before finding his harmony in handball.

From June 6th to 17th 2019, Jean-Paul, who wears the No.1 jersey for both teams, will be in Georgia for a major international tournament where his team will compete against some of the biggest opponents in the world – Russia, Cuba, Bulgaria and Ireland. When asked about the most memorable day in his career, he immediately added: "The Senec European Beach Handball Tournament 2018. We were 1st place in the group stages and were 4th overall in my first international experience with the Malta National Beach Handball team.”

He always dreamed of representing his country and competing abroad in international competitions. When asked about what it means to represent Malta on two fronts, Jean Paul said: “It is a huge honour for me. I dreamed of this day for so many years. Sport is quite a motivator in my life and like FinTech, it’s great to feel part of a team. In Financial Technology and sport, I have discovered skillsets and a mindset of discipline, structure and dedication to creating solutions and strategic moves. I push myself to achieve goals in work and sport. I juggle the routine well as I find the intensity of national team sports relaxing for both body and mind.”

Jean-Paul has struck up a friendship with one of PFS’ employees in Ireland who was a Mentor for the Handball World Championships in 2012 and worked with the winners into 2013. His family, friends and colleagues across the Group in Malta, the UK and Ireland are very proud of his achievements. He has spoken about remaining motivated: “The personal fulfilment of achieving a set goal is, in my opinion, one of the most rewarding things one can experience. Of course, one aspires to either win the local league or earn the Best Player award, but at the end of the day, these ‘minor’ goals all lead to one big goal - to one day participate in the Olympics, such a goal describes the pinnacle of every athlete’s career.”

So, how does Jean-Paul feel today about the FinTech industry? "The birth and growth of FinTech have positively disrupted the financial industry.  Malta has been described as the heart of FinTech and innovation, and now, with the experience I have earned here, I can definitely understand why this is so. FinTech is all about keeping up with new technologies and ideologies, and what better place to have it if not the Maltese islands. In the payment sector, this has resulted in advancements such as mobile and online payments as well as virtual wallets. Furthermore, it has given birth to innovations like mobile and virtual banking. PFS and Spectre IT are the perfect examples of this - multiple awards and mentions in numerous articles prove this to be true.”

Spectre IT recently relocated to a landmark new building in Żebbuġ where the team of innovative Software Developers get to create the future of FinTech for Europe and the rest of the world.